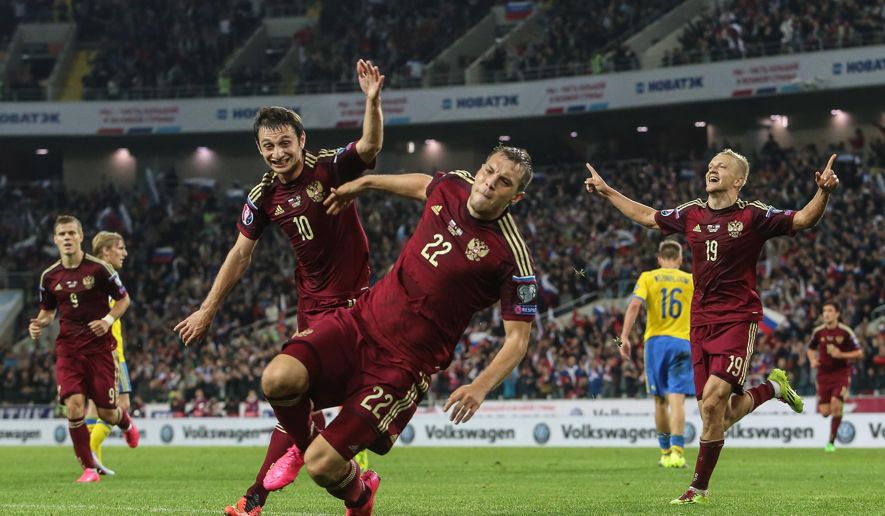 Serbia vs Russia betting preview and predictions for tonight’s international friendly before Russia head to Euro 2016 for their Group B opener against England.

It was a disappointing result on Wednesday evening for the Russians as they were defeated in the 90th minute through a Tomas Necid header. They’ll be looking to bounce back against Serbia.

Alan Dzagoev’s absence left a gaping hole in the Russian midfield and the Czechs exploited it in the second half. The balance and dynamic of the team was off kilter as a result and there’s a conundrum for Slutski to ponder in the run up to Euro 2016.

Russia find themselves in Group B with England, Slovakia and Wales and if they play like they did on Thursday evening, they won’t be making it past the Group stages.

They took the lead early on, but weren’t able to add to it. Aleksandr Kokorin opening the scoring as the Russian’s looked lively. Neither Smolov nor Dzyuba could increase the lead and they were eventually overrun in midfield.

There was controversy over the inclusion of Roman Neustadter, who was born in Ukraine and was only cleared to play for Russia at the start of the week. It was the Schalke defender’s mistake which led to the winning goal. If you’re going to make an error, make it in a friendly and not at a major tournament.

Although England were largely lacklustre against Australia, the three lions will have nothing to fear on the basis of this match. Serbia could be considered easier opponents, but they’ve drummed up a run of three successive wins and could be tough to break down.

They’ve been playing the likes of Cyprus and Israel though and this is a step up. They were narrowly defeated by Portugal (1-2) in their only home defeat in five.

Russia should win this, but there is work to be done for Leonid Slutski and his management team. How do they break teams down? Do they have the personnel to replace the injured Dzagoev? And can Neustadter be relied upon at the back?

The Capello era may be over, but there were signs of the previous regime against Czech Republic.

I think they’ll find it tough here and at the prices, it might be worth looking at the match to end all square. My first Serbia v Russia betting tip is for Draw. It can be backed at 23/10 with Sky Bet.

Ignashevich might be partnered by Vasili Berezutski at the back for this one and that might make Russia tougher to break down. Serbia find it hard to keep a clean sheet and even conceded to Israel earlier in the week. My second Serbia v Russia betting tip is for Russia to score first. They are 20/23 with Boylesports.

Kokorin grabbed the goal against the Czech Republic, but I’m sticking with Fedor Smolov to continue his excellent end to the season. My third Serbia v Russia betting tip is for Smolov to score anytime. He is 31/20 with Bet Victor.