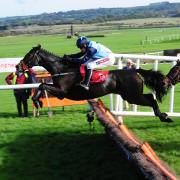 Mares' Hurdle free betting tips and race preview for the final race shown live on Channel 4 at 4.00pm on Day 1 of the Cheltenham Festival.

On the Opening Day of the 2014 Cheltenham Festival, one mare will be looking to steal all the headlines by making history in the OLGB Mares’ Hurdle.  Aiming for a prestigious sixth title, Quevega is a Cheltenham Festival heroine who will be looking to continue her unbelievable record at the venue.  Despite what looks like a strong renewal, it is incredibly difficult to oppose this magnificent mare.

The diminutive 10-year-old Quevega (4/5 bet365) should need no introduction, having won this race for the past five years.  She’ll be making her seasonal return once again in the race, a strategy trainer Willie Mullins has employed for four of her previous wins.  Obviously, she represents a training challenge but has undeniable talent and huge reserves of stamina.  12 months ago she overcame trouble in running and charged up the hill to beat Sirene D'Ainay.  Another year older now, there has to be a question mark about whether she still has what it takes to win this, but given that since 2009 she is yet to be beaten, she is justifiably the odds-on favourite however the odds don't appeal for a Mares Hurdle betting tip.

Coral are giving new customers 4/1 for Quevega to win – click here to claim it.

Mullins' is double handed in the race as he fields a fine second string in Glens Melody (14/1 William Hill), a Grade One winner at Punchestown last term and successful in Listed contests at Warwick on her last two outings.

Up and coming young trainer Harry Fry will be hoping to get his second Festival as trainer off to a flying start with Highland Retreat (16/1 Ladbrokes).  She has won 3 on the bounce over staying trips this season (all over a longer distance) but she was quite impressive in a decent race last time out at Ascot putting her stamina to good use.

Last week it was confirmed that AP McCoy was booked to ride Cockney Sparrow (9/1 bet365) in the race for trainer John Quinn.  Last time out she was (probably) in the process of being outclassed by Annie Power when falling two out at Doncaster, but she will have improved from that race I feel.  While Cockney Sparrow will not face a rematch with that mare, she faces a stern challenge from her stablemate Quevega.  Cockney Sparrow will be trying 2m4f for the first time, but Quinn believes his charge will see out the distance. The soft ground at Doncaster wasn’t ideal for her either, and the better ground at Cheltenham will suit her better.

Another confirmed jockey booking in the week was Barry Geraghty on the Jessica Harrington trained CAILIN ANNAMH (16/1 Bet Victor).  This mare has been nothing but consistent this season winning last time out at Punchestown in October.  She’s proved that she battles under pressure and has won a couple of her races with ease.  Her absence since October isn’t a worry for me and neither is the ground – she acts on anything.  She looks to be a serious horse, who has gone under the radar until now.  I think this is her opportunity to show the racing public what they’ve been missing, and for me she has a huge each way shout.

One coming from France is Sirene D’Ainay (10/1 William Hill) who ran a good race to finish second to Quevega last season.  She’s only won once from 6 starts since (which was over fences) and for me her odds are short enough.

Of the others, Down Ace (14/1 Ladbrokes) for trainer Fergal O’Brien is an interesting and unexposed mare. She’s unbeaten so far this season, but is yet to face the calibre of horses she will do here which is a worry.

The Irish will be crossing everything in the hope that their star Quevega can make history in winning this race for the sixth year running.  She faces her toughest ask yet in my eyes, and there is room for a young pretender to come through.  I’m going for each way value in the race, and for that I like Highland Retreat and CAILIN ANNAMH, and after much deliberation I’ve gone for the latter.  She looks a real progressive type, and trainer Jessica Harrington is a shrewd woman when it comes to big races at big meetings.