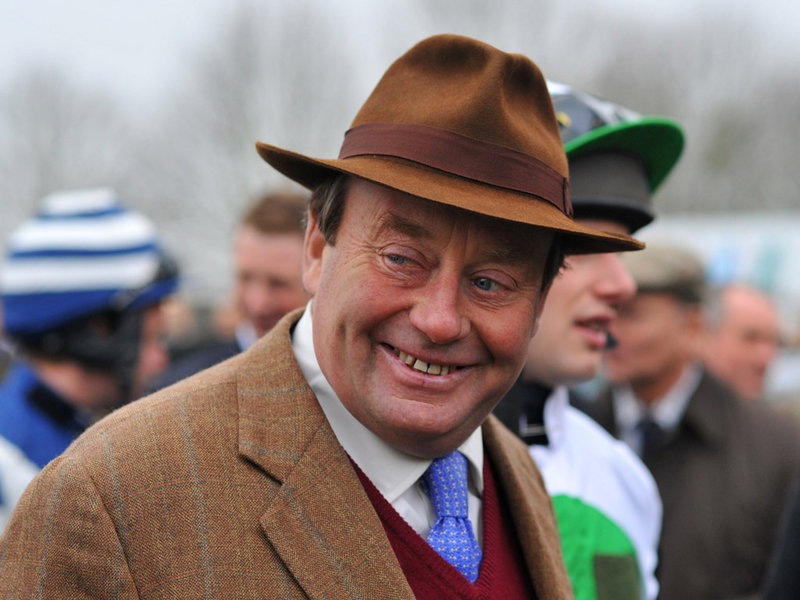 The Cheltenham Festival stable tours have started and we’ve taken an look at the Nicky Henderson stable tour and picked the bones out of it, leaving us with some bets.

Stable tours are a great way to get a good insight and one of the main ways we get our Cheltenham Festival betting tips from. You can certainly get some good indicators straight from the trainers’ mouth and this Nicky Henderson stable tour ahead of the 2017 Cheltenham Festival is no different.

Henderson has the current favourite in the Champion Hurdle in Buveur Dair at 10/3 with Paddy Power and he showed good form in his Sandown race, despite it being a poor race. Henderson likes to use the Supreme as a guide and rates placed finishes highly in that race, he thinks he’s a better horse this year and not winning the Supreme Novices’ Hurdle is not a concern. Henderson expects a good run.

The noises about Brian power don’t sound anything exciting, the main concern being the step up from handicaps to group 1. My Tent or Yours is a veteran these days and probably won’t have enough to win.

No firm decisions have been made yet and we’ll know more after the weekend when big hope Charlie Parks runs at Kempton. He will either line-up in the Triumph Hurdle or the Supreme Novices. Beyond Conceit will run in this or the Neptune. He pulled at Ascot last time out and will be better for that run, if he lines up he could be an each-way bet in the Supreme Novices’ Hurdle.

This looks one of the hardest races to pick a bet from at Cheltenham this year. Top Notch is currently second favourite and ran well around here last year. He was 2nd in the Fighting Fifth and fifth in the 2016 Champion Hurdle. Whisper is an older horse who loves Cheltenham. He has won twice over 3m at Aintree and Davy Russell gets on really well with him.

Henderson said his best bet of the meeting is Altior but was also bullish about Charlie Parcs, if he runs well on Saturday he will shorten in the betting odds for both races he is entered in.